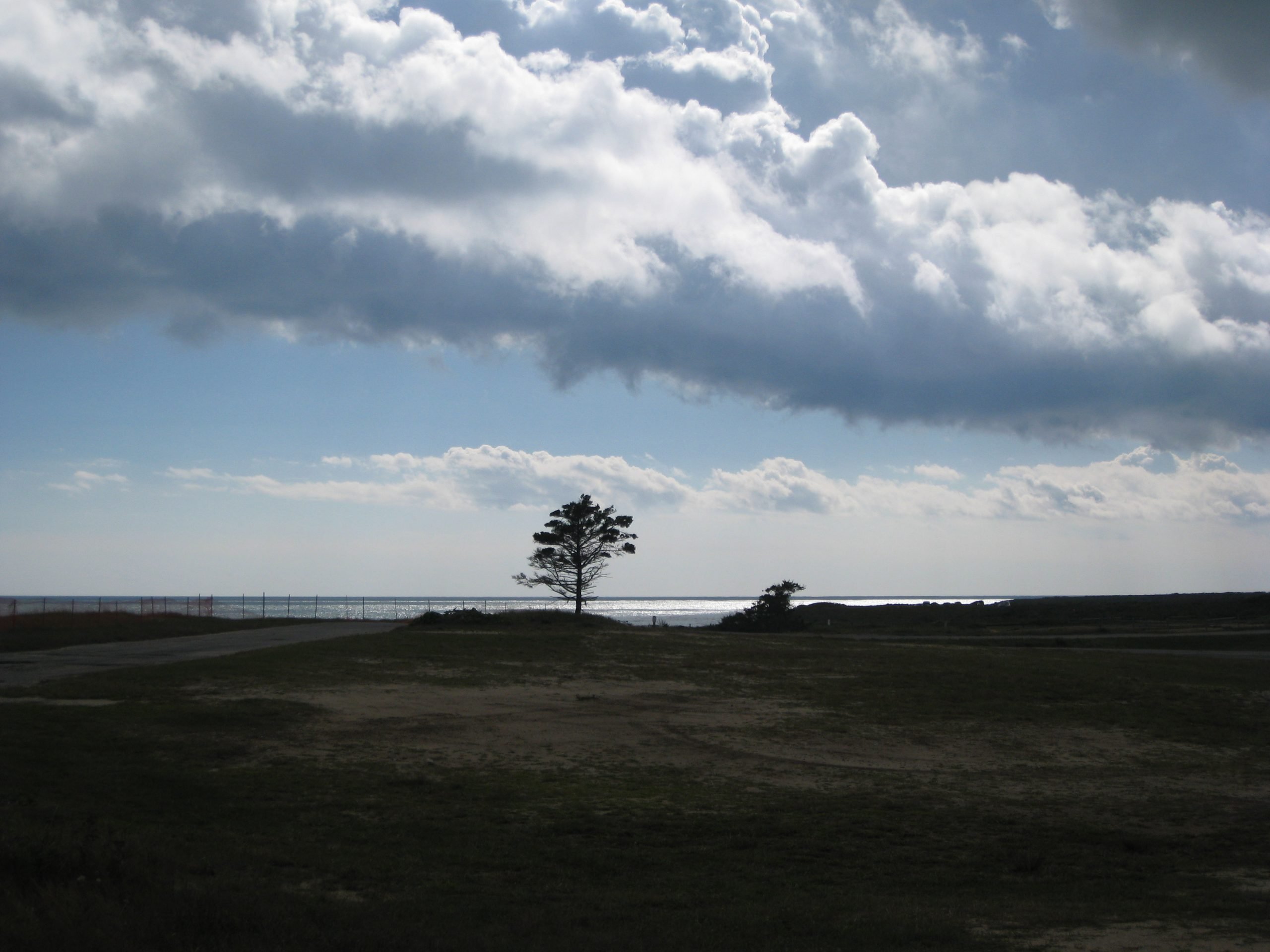 How our Area Plan was Developed

After more than two years of intense collaborative effort, the Greater Tom Nevers Area Plan was officially approved by the Nantucket Planning & Economic Development Commission in March 2008 and is now being implemented here in Tom Nevers.

Developed by our own residents, based on our own priorities, and reflecting the unique character and potential of our neighborhood, the Area Plan is now part of the Nantucket Master Plan (as mandated under State Law #41-81d). And most importantly, our Area Plan now gives us a comprehensive, agreed-upon, working blueprint to guide all current and future improvements in our neighborhood.

Why It Was Developed

In late 2005, an article to change the zoning for a portion of the Tom Nevers Area was submitted for approval at the April 2006 Annual Town Meeting. Discussions with the Planning Department about this proposed zoning change revealed that other neighborhoods had undertaken, or were considering, Area Plans for their local areas—and that it was the policy of the Planning Department to consider proposed zoning changes in the context of an overall plan for an area—a plan which fully reflected the desires of the residents of that area. The Planning Department then suggested that an Area Plan for the Greater Tom Nevers Area be undertaken and that any zoning proposals be included as part of that overall plan. The sponsor of the 2006 article agreed with this approach and tabled the article at Town Meeting.

The logical group to spearhead development of the Greater Tom Nevers Area Plan was the Tom Nevers Civic Association, Inc. Established in 1976, the TNCA was formed to represent the residents of the Greater Tom Nevers Area—giving voice to their concerns at the local, town, county and statewide levels. It is a non-profit organization, under IRS code 501(c) 4. According to the bylaws of the TNCA, each family that owns property in the area is automatically a member of the association, regardless of whether they pay annual dues or not. Currently, there are nearly 600 TNCA members and all communications from the association are sent to all members. The area covered by the association stretches from the eastern fence of the Nantucket Memorial Airport to the western boundary of the village of ‘Sconset, and from Milestone Road on the north to the Atlantic Ocean on the south. The TNCA is considered the official representative of this neighborhood in the Nantucket Civic League.

The Process We Followed

It was agreed that because of its far-reaching importance, the development of our Area Plan deserved much thought, careful attention, and the full participation of all our property owners. It was not something to be left to a “select committee” or formulated in some Ivory Tower.

Since our Area Plan would impact the quality-of-life and property values in our neighborhood for many years to come, its development deserved a comprehensive and open approach that gave everyone a chance to be heard and everyone an opportunity to shape its outcome. To that end, we followed an eight stage process that was reviewed by the Planning Department and given their full approval. These are the stages we progressed through:

Stage 1 – Forming an Area Plan Work Group
In June 2006, an 11 person Work Group was formed to initiate the process of preparing the Area Plan. The members were chosen in proportion to the number of lots in each of our local areas: Tom Nevers East – 4, Tom Nevers West -3, Tom Nevers South – 2, Wigwam – 1, Madequecham – 1.

In addition, two members of the Nantucket Planning & Economic Development Commission volunteered to join the Work Group and several others served as support personnel and advisors. Except for the president of the TNCA, no other member of the association’s board served as a member of the Work Group. The Work Group met on a regular basis throughout the development of the Area Plan and through a series of TNCA newsletters, all property-owners in the Greater Tom Nevers Area were kept fully informed of the Area Plan’s goals and development process and were encouraged to actively participate. (See the full Greater Tom Nevers Area Plan for a list of the Work Group members.

Stage 2 – Initiating the Planning Process
An organizing session was held to map out the overall effort and to start reviewing all existing plans, reports and studies developed over the years, which might impact the Greater Tom Nevers Area. The Work Group was also briefed by the Planning Department on the organizational requirements for a Master Plan—under Massachusetts General Law, Chapter 41, section 81d.

Stage 3 – Developing a Goals & Policies Statement
An intensive work session was held to enumerate and prioritize our overall community needs—along with a frank assessment of the particular concerns in our various sub-neighborhoods. (Tom Nevers East, Tom Nevers West, Tom Nevers South, Wigwam and Madequecham.) This effort resulted in a preliminary statement of our “Goals & Policies”.

Stage 4 – Focus Group Research
During the summer of 2006, eight moderated focus groups were conducted to define issues, concerns, and probe weaknesses/strengths for each of the eight topic areas prescribed as elements for inclusion in a Master Plan (per State Law 41-81d.) All residents of the Greater Tom Nevers Area were invited to participate, either in person or by submitting comments to Work Group members, orally or by email. In addition, Work Group members personally contacted many people in the area to elicit their views. (See the full Greater Tom Nevers Area Plan for a list of the participants and the results of these focus group sessions.)

Stage 5 – Developing the Preliminary Plan with Course-of-Action Options
Guided by the findings from the focus groups, the Work Group then refined a Goals & Policies statement and structured a Preliminary Area Plan, with some alternative action options. At this stage, the Work Group also conducted a series of interviews and discussions with members of various Town Departments and other groups that impact the Greater Tom Nevers Area. The purpose of these meetings was to gather information about ideas and recommendations that came to light during the focus group sessions and to evaluate their practicality. (For example, a strong interest was expressed in several of the focus groups to extend NRTA bus service down Tom Nevers Road. This concept was subsequently explored with the NRTA director. The intent was to include, as part of our Area Plan, recommendations that had been pre-discussed with the responsible organizations to let us fully understand costs and/or other potential obstacles to their adoption.)

Stage 6 – Full TNCA Member Survey
In November 2006, a detailed and broad-based property-owners survey was conducted by mail. Its purpose was to measure the views of all TNCA members across the full spectrum of issues identified in the focus groups and reflected in the preliminary plan and to quantify their support or lack of support for various initiatives. The survey questionnaire was mailed to 100% of the TNCA membership—and the response to this survey was 40.2%, an unusually high return for a survey of this type. A summary report was issued on February 15, 2007. (See the full Greater Tom Nevers Area Plan for a copy of the survey questionnaire and Summary Report.)

Stage 7 – Drafting the Area Plan
Guided by the survey results, the Work Group then drafted a detailed Area Plan, complete with all the maps and documentation required under State Law 41-81d. A summary of this Area Plan was published in a TNCA Newsletter and mailed to all property-owners. In addition, the draft plan was posted on the Planning Department’s website for general comment.

Stage 8 — Finalizing our Area Plan
All comments received were carefully evaluated for inclusion in the final draft of the Area Plan. This finalized draft was then formally submitted to the Nantucket Planning & Economic Development Commission for their review and comment. After incorporating their few requested changes, the complete Area Plan was re-submitted to the NP&EDC, where it was officially approved on 3/31/08.

Download our complete Greater Tom Nevers Area Plan with all its support documentation.